Ruskin Education is a consultancy based organization that maintains a key focus on a distinct range of work. We are first and foremost a company that puts education first and an organisation that gives value for money and high quality in all that we do.

The value of our organisation is that we keep a small but focused fulltime team supporting the organisation as a whole and maintain a strong and diverse team of specialist Associate Consultants who are drawn in on a project by project basis. The value of this is that it keeps Ruskin Education’s overheads low and the savings are passed directly on to our clients. 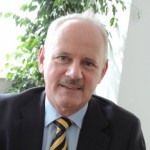 After a successful career in schools and school improvement and advisory services in the UK, Paul was appointed as a member of Her Majesty’s Inspectorate (HMI) and senior manager co-ordinating evaluation of primary and early years issues in the Curriculum Division of Ofsted, the UK’s education standards watchdog. He was responsible for leading major evaluations of government initiatives including a major review of the teaching of reading. Paul was appointed the National Director of the Primary National Strategy in 2006 and led a major revision of the UK’s National Literacy and Numeracy strategies, a major initiative aiming to raising standards in state primary schools across the UK. He joined Nord Anglia Education in 2007 and moved to the Middle East as the company’s Regional Director and member of the company’s Executive Board. Paul moved to CfBT in 2011 to help establish a new regional structure and successful strategy for growth in the role of Regional Director: MENA before moving into his current role at Ruskin Education LLC.

Paul’s experience and expertise in leading strategy and the delivery of education reform across the Middle East are complemented by his strong established relationships with clients and organisations across the MENA region, and his wealth of experience in school leadership and management. 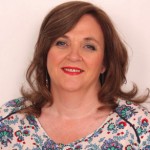 Sandy has over 25 years’ international experience in education, specializing in both leadership and professional development in Early Years education. Sandy has broad experience as a KG Principal in Australia and the MENA region. She was the Founding Principal of the English Primary School and Kindergarten in Kuwait, delivering a combined UK and local Ministry of Education curriculum. She has successfully managed major Early Years reform projects in Australia and Qatar, and has a proven track record in establishing, managing and delivering high quality professional development programmes in schools and specialised early years projects.  Her wealth of experience includes being the Principal Curriculum Adviser for Early Years and Special Educational Needs in the Abu Dhabi PPP project, a Registered Nursery Inspector for the Office of Her Majesty’s Chief Inspectorate 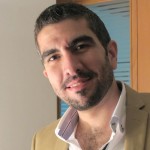 Following graduation from Damascus University, Faculty of Commerce and Economics, Mahmoud worked in business administration for the UAE based firm A.Tec Engineering. Within this role he was responsible for general administration along with supervising supply contracts and formulating business policies with suppliers. Within Ruskin Education, Mahmoud is responsible for developing service specifications and their review, evaluation and approvals for award to suppliers. He provides marketing direction and manages the company’s business and financial processes. He is fluent in Arabic and English and is currently undertaking a UK masters degree in Dubai. 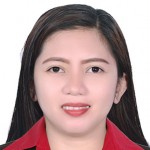 Following several positions in HR administration and dealing with new starters, Rochelle was appointed to the post of recruiter at Ruskin Education in April 2017.
Rochelle led the development of systems and processes and provided the key lead for initial screening and managing the administration of the recruitment process for the appointments of both academic and support staff. Rochelle leads Ruskin Education’s recruitment for schools , and also the recruitment and communication with, our Associate Consultant team. 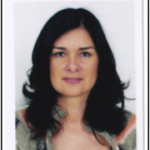 Josie has a broad range of experience in international HR management, supporting organisations across the services sector in the region both in recruiting and ensuring effective management of organisations’ HR management and processes. Following a successful career in HR in the UK including retail and also Colleges of Education, Josie moved